Quality Implementation Manager Denis Vörös talks to Henrietta Shirley about the digitalization of Quality Management Systems (QMS), and its renewed ability to lighten your workload, ensure your regulatory responsibilities and secure your company’s success.

Two years ago, Denis Vörös began implementing a new electronic Quality Management System (eQMS) after he was asked by a client to select the software that could digitise their QMS.

“Until then, a QMS was usually handled with paperwork, and that can be quite cumbersome. It’s a process that has a lot of manual tasks and can take up a lot of time. It can also be difficult to get an overview of all the activities related to the QMS and, as time passes and it’s adjusted and readjusted, the system often becomes complex to use. That’s when there’s a real risk of non-compliance.”

Through that project, Vörös recognised that an eQMS had the potential to completely streamline the entire process. “It made the management of many of the tasks completely automatic and also significantly improved visibility and as such, the ability to overview all the open tasks—and that is what enables a company’s Quality Manager to distribute resources with far more accuracy, speed and efficiency.”

In order to identify the right software, Vörös held in-depth discussions with the QMS key users and different stakeholders in the company so that he could “clearly define their requirements.” This would highlight for him exactly what the company “expected” from the software and therefore what kind of functionalities were required. Vörös then created a project team for the eQMS that included the process owners and key users to ensure that their input could be utilised. “These are the people that will eventually test the potential software.”

In light of that, one of Vörös’s highest recommendations is to involve IT as part of the project early on. To date, his experience has revealed that this is “a major factor for success. Without the support of IT, it is almost impossible to succeed. Most projects fail because the “perfect software” has been selected but it doesn’t match their requirements.” For Vörös, an eQMS will succeed if you listen to the needs and requests coming from IT. “If they are included from the beginning of the project, they become the cornerstone that supports the implementation phase.” Vörös found that this meant that he could fully integrate the eQMS into a company’s existing IT infrastructure, rather than trying to force one system to fit the other.

In terms of the available software, Vörös explains that there are a number of different options as well as two very different approaches to the design of the software. “Some offer you the so-called ‘out-of-the-box’ solutions based on the current best practices at play in the industry. Other software is fully configurable, which means you can customise the system according to your current processes. Although that does allow for more freedom, it can also be more complex as you need to define all the details of your requirements in the configuration beforehand.”

Yet, as Vörös also saw, selecting the right software is by no means the first and final step. “As I was selecting the potential software, it became clear that companies would really need to invest in a thorough gap analysis for an eQMS to really optimise the performance of their business.” A gap analysis is done to decide the best way to implement the software. “It also presents a great opportunity to improve your current QMS processes—so, it’s a win-win; it reduces the complexity of the current QMS through that analysis and improves efficiency because of the software.”

In order to digitize a QMS, Vörös decided to divide the implementation process into two phases. “This lowers the risk of implementing the QMS processes all at once. For the first phase, you can implement a couple of lower risk processes and at the same time gain that vital experience and knowledge which you can then apply to the second phase of higher risk processes. It’s an approach that offers a lot of advantages and is widely proven to be the most effective strategy.”

Vörös views the implementation process itself as “mostly a challenge for the project management. There is a lot of coordination to be done to make sure that the resources are adequately distributed.” In that respect, Vörös maintains that you need to have “a clear overview of all the activities”—that is “essential to ensuring the project moves forward.” As he explains, clients may find that “the communication with the software supplier can be rather challenging sometimes and, depending on the supplier, it can make it very difficult to move the project forward and respect the project timeline.” In order to counterbalance this and create an environment of clear and transparent communication, Vörös advises methods of regular and open communication, such as via conference calls.

Vörös’s final point is about training. “Adequately training users before the ‘go live’ date is essential to maximizing the success of the eQMS.” Vörös knows that the success of the eQMS depends on its users. “At The Tao of Excellence, we focus on translating the strength of the eQMS software for its users. We showcase for them exactly how and why that software is much more powerful and effective than any paper-based solution. And we know that if they understand it, they will use it.”

Visit The Tao of Excellence website more information on their services and to find out how they can assist you in implementing your eQMS for a brighter and far lighter future. 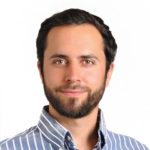